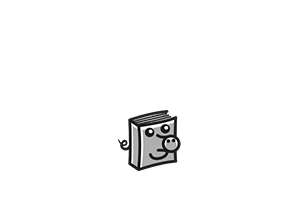 Knihu nabízíme za výrazně slevněnou cenu - poslední exemplář, který sloužil jako ukázkový. Bez výratného poškození, stopy mírného ušpinění na omyvatelném přebalu. As many award-winning "Dancer Century" cheered enthusiastically Vladimir Malakhov its audience through the rare combination of technical brilliance and lyrical eloquence. His lithe, androgynous body combines "power and purity, fire and elegance, melodrama and academic precision" (New York Times) - if he jumps, gravity seems to be repealed. He even seeks above all to the purity of his dancing. So far, no one had the brilliant dancer and his ensemble as close as the German photographer Dieter Blum. He alone was allowed to scan the naked dancers. With his photographs, he succeeds in capturing the movement of the dance and also provide insight into the personality of the ensemble. Vladimir Malakhov No one has the dance so far fleischeslustig and artfully, captured known as theatrical as abstract and varied again and again as the German photographer Dieter Blum. His photography captures tension and movement in unique, very personal snapshots. In his book, Vladimir Malakhov two icons come together: A long time ago already attached itself to the Fotoästhet Blum on the heels of the gifted dancer. With its subtle shots he refuted the confident assertion that the movement of the dance can not be captured in photographs. On the contrary, precisely through the dance Dieter Blum is his work with bodies, camera and light drive for perfection. And Malakhov! Who would be appropriate as a model? Practiced in the eye-to-be-drawn floats "the best dancer in the world" (New York Times) with his ensemble through the room. Often naked, sometimes linearly arranged, sometimes tangled in his muscular dynamic, exciting, even in the resting position: intimate, erotic, while still harsh and distant. The large-scale, often first published photography of Vladimir Malakhov to a publishing masterpiece - perhaps the most elaborate and spectacular photo book that has been created for the world of dance. Vladimir Malakhov, born 1968 in Krivoy Rog in eastern Ukraine, began his ballet training at the age of four years. With ten years he moved to the famous Academy of Choreography of the Bolshoi Theater in Moscow and was engaged in 1986 as the youngest soloist at the renowned Moscow Classical Ballet. In 1992 he received an attractive engagement at the ballet of the Vienna State Opera. In the following years, he moved, inter alia, the National Ballet of Canada (1994), the Stuttgart Ballet and the American Ballet Theater at the Metropolitan Opera in New York. Since 2004, Vladimir Malakhov is the artistic director and ballet director at the Berlin State Ballet. Dieter Blum began his career as a photographer at a young age. Since 1964 he has been working freelance for the magazines etc. Der Spiegel, Stern, Time, and Vanity Fair. The general public was a photographer known especially for his pictures to the global Marlboro campaign. For over 20 years Dieter Blum focuses his work the themes of music, dance and art.
Více než 1400 míst k odběru