The January Man : A Year of Walking Britain 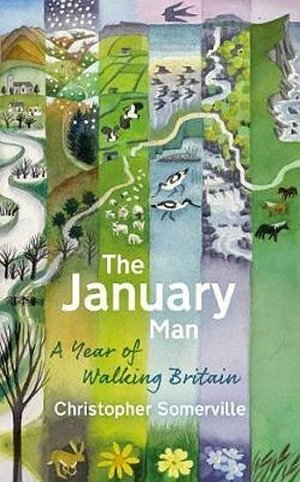 'Evocatively written and charming' – Countryfile‘. The January Man is the story of a year of walks that was inspired by a song, Dave Goulder's `The January Man'. Month by month, season by season and region by region, Christopher Somerville walks the British Isles, following routes that continually bring his father to mind. As he travels the country - from the winter floodlands of the River Severn to the lambing pastures of Nidderdale, the towering seabird cliffs on the Shetland Isle of Foula in June and the ancient oaks of Sherwood Forest in autumn - he describes the history, wildlife, landscapes and people he encounters, down back lanes and old paths, in rain and fair weather. This exquisitely written account of the British countryside not only inspires us to don our boots and explore the 140,000 miles of footpaths across the British Isles, but also illustrates how, on long-distance walks, we can come to an understanding of ourselves and our fellow walkers. Over the hills and along the byways, Christopher Somerville examines what moulded the men of his father's generation - so reticent about their wartime experiences, so self-effacing, upright and dutiful - as he searches for `the man inside the man' that his own father really was.